The economic value of crisis management.

This year, while looking at how Toyota and BP fared, the study made me think about the value of crisis management.  Both brands faced a major crisis of consumer confidence.  Toyota suffered through problems with sudden acceleration and customer fatalities, made even worse by the company's slow and confused response.  BP created an epic environmental disaster, and then had its CEO make matters worse by having us feel as though we were inconveniencing his summer holidays.

So how did each do in this year's ranking? Toyota dropped from the Top 10 to the #11 position, while BP dropped off the list all together. 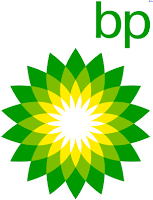 Why did Toyota's brand value hold up better than that of BP?  Certainly years spent building brand equity and consumer trust worked in Toyota's favor.   And despite Toyota's halting initial response, it did something smart by deciding to offer its advanced STAR safety system as a standard no-cost feature on all models.  This showed great insight because, even though Toyota's problem was one of sudden acceleration, the emotional issue in play was a feeling of being vulnerable and unsafe.

If ever there was a case to be made why we need to consistently invest in brand equity – through a mix of product, service and advertising – this is it; particularly when we see how quickly a brand's economic value can evaporate.
at September 17, 2010

Will this be your first recession rodeo?

In a previous article I referenced Mark Twain’s quote, “history doesn’t repeat itself, but it often rhymes.”    If true, then this is a poem...

wikibranding
I have helped create brand platforms for some of world’s best-known companies, including Ford, Toyota, Jaguar, Dell, Coca-Cola Company, Aetna, Hilton, United Airlines, and Callaway Golf. This cross-industry experience gives me a deep understanding of customer behavior that I use to help businesses embrace human-centered marketing. My career spans leadership roles at global agencies, an entrepreneurial start-up, and client-side marketing management. I was Global President for GTB, a precision marketing company that drove results through relentless curiosity about customer behavior. I co-founded Barrie D'Rozario Murphy, an agency subsequently named “Best Small Agency in the U.S.” by 4As. Earlier in my career I held leadership roles at Saatchi & Saatchi and Ogilvy, as well as client-side brand management at Aetna Healthcare. I’ve earned numerous EFFIE awards from the American Marketing Association and the “Anthony Bucci Award for Excellence in Communication Ethics” from Duquesne University. I pay it forward as a guest lecturer at the UC Irvine's Merage School of Business, where I teach Human Centered Marketing within its Consumer Behavior program.