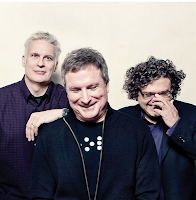 Only fools would start a company just as the economy was about to crater, and do so on April Fools Day.

On April 1st, 2007, three guys at the top of their game left great jobs and corporate comforts to run away and join the circus.  The result was Barrie D'Rozario Murphy.
The agency was hatched over multiple breakfasts when Bob and Stuart made the tough decision to leave Fallon to launch their own agency, followed by multiple phone calls from Stuart persuading me that joining a 3 person shop would be more exciting than leading Saatchi LA's 300 person shop.  Stuart is quite persuasive.  And prescient.
We call our company a "grown up start up" – a handle Jon Bond kindly gave us one night in New York after we launched, inspired by several martinis and Jon's passion for giving brands a clear positioning.
Three years later, BD'M has earned the trust of marketers such as United Airlines, Bissell, Best Buy, Applied Materials, Compellent, Del Webb, UnitedHealth Group and our founding client, the Sunset Marquis.  Our work for the Chambers Hotel in Minneapolis garnered one of only two U.S. Gold Lions in Film last year at Cannes.  And the 4As named BD'M "best small agency in the U.S."  (Go to our site and read the tongue firmly in cheek ad we ran in the New York Times.)  But we take most pride in the talented people who have ventured from near and far to join BD'M.  We'd be nowhere without them.
A start up?  Not so much anymore.  Grown up?  Well, Bob, Stuart and I are still working on that part.
So this April Fool's Day, do something very foolish and follow your dreams.

Unknown said…
Well I totally believe that you guys followed the right mantra of "Good things come to those who try." !
April 7, 2010 at 5:03 PM