January 09, 2009
Tech companies should be more familiar with the Prius Principle. Toyota's hybrid succeeded because it didn't ask us to change behavior. Instead it reshaped existing behavior. (Exactly why plug-in cars aren't widely embraced.)

This is the filter through which I viewed CES this week. Which technologies will succeed because they found a way to tap into our current behaviors?

That's why I'm doubtful about 3-D TV. Yes, I put on the glasses and, yes, I was amazed. But, no, I don't think I'll invite my friends over to watch the game and require them to sport Roy Orbison-esque glasses. (To be fair, there is buzz about the future potential of 3-D without the glasses. We'll see.)


I'm also not sure about Polaroid's new digital camera that can also print out photos. Who wants to carry around a paper photo? Invoking the Prius Principle, this runs counter to how we currently share photos. 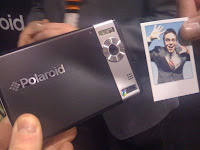 TV widgets seem to be the big idea this year. The Prius Principle bodes well for this new platform. After all, we like watching TV and we like MySpace. Why not do them at the same time? The underlying technology is backed largely by Yahoo and Intel and is going to be available on new sets offered by LG, Sony and Samsung. 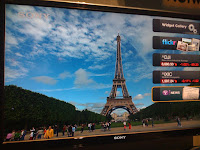 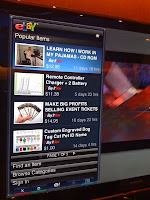 Sony also has promising ways to bring more content and interactivity to our TVs. BD-Live and the PlayStation Store enable viewers to download new content to view on their TV, as well as to upload and share personal media with friends.

Samsung also demoed ways to seamless mesh our personal media and our TV sets. Their blu-ray player can stream content from NetFlix and Pandora. Their new sets also feature a USB drive (WiseLink Pro) that launches a menu to access photos, music and video stored on the jump drive. (Using jump drives passes the Prius test.)

Whereas Panasonic unveiled a 150" TV at last year's CES, this year thin is in. Sony has a Bravia that is only 9.9mm deep.

However, the technology that really impressed me is Sony's Flex OLED. Organic LED TVs are already hitting the market. They are brighter, use less power and are thinner than thin (3mm). Flex OLED, although still a concept, will bring about bendable screens. Imagine a laptop that opens to reveal full screen covering the entire area where the keyboard used to be. Or video screens bent around our wrist as jewelry (my idea, not Sony's...I'm keeping my day job). 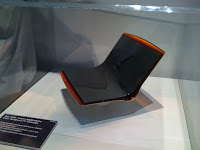 If you think screens are ubiquitous now, just wait til Flex OLED makes its debut. Ditto for the new vending machines that will be tested this summer at Simon Malls throughout the Southeast. They are basically touchscreen TVs that also dispense cold drinks. That too passes the Prius Principle. I like TV. I like Coke. 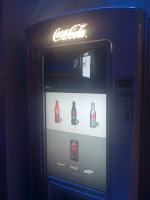 you mentioned Prius. i think there is a big opportunity to expose the cost/benefit of "green" choices to people.

For instance,I play tennis: Some pride themself on using and reusing a plastic cup each water break (say 5 in a 2 hr session) rather with paper cups. Who knows though if ONE plastic cup has a greater environmental cost than 5 paper cups?...not me.

same goes for the Prius. Is the mining of the materials and the retirement of the battery more harmful than driving a conventional car, who knows?...not me.
January 9, 2009 at 10:26 PM